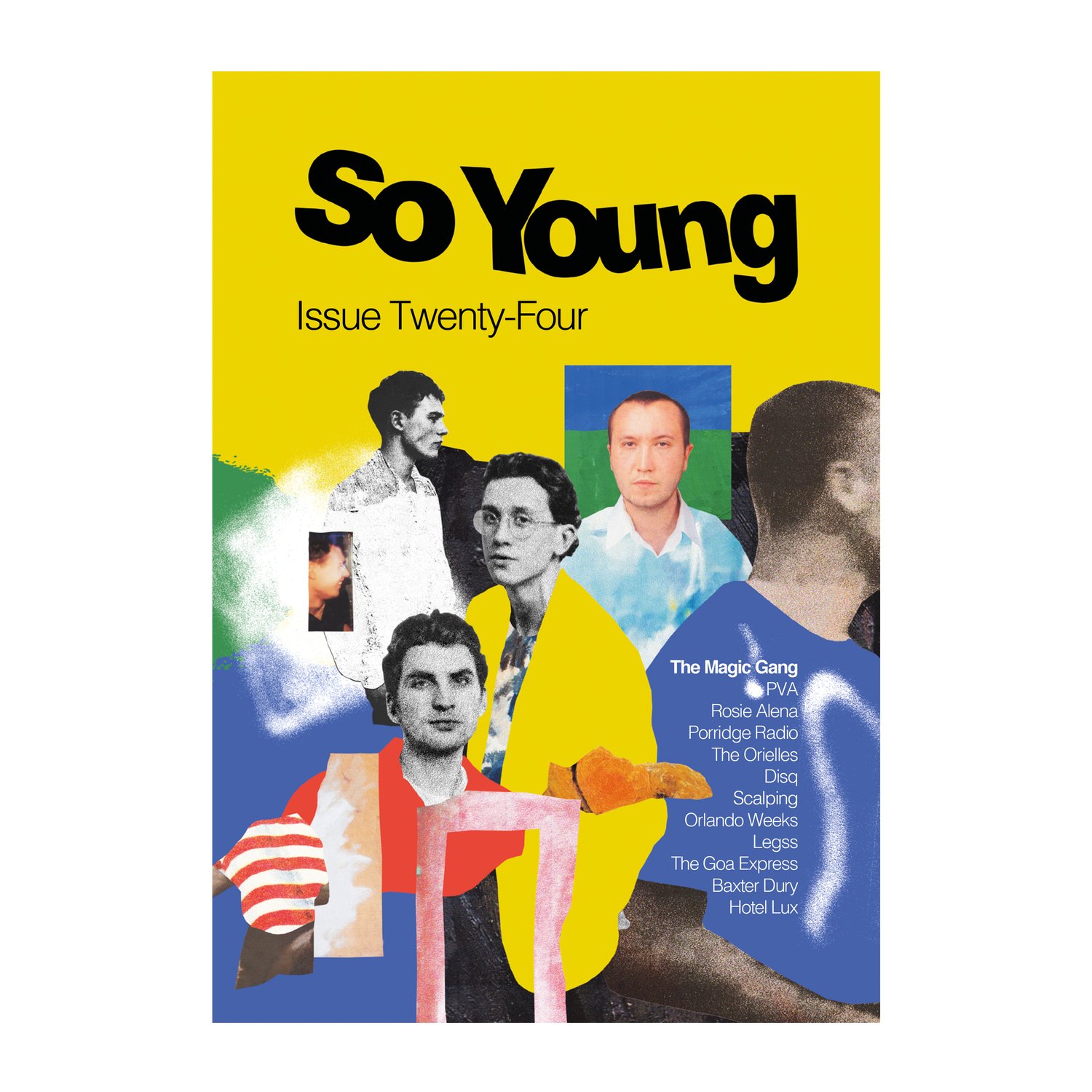 The new year has taken its grasp, and 2020 promises at the very least, six magazines from us at So Young. We first spoke to The Magic Gang back in Issue Five and we’ve caught up regularly ever since. 2018 saw the band release their debut album and wave goodbye to a lifetime of work. Two years on, the band have released their first single from the upcoming second album and you’ll find them on the cover. We give Kristian and Jack a call to talk ‘Think’ and bringing in the horns. There aren’t many bands who excite us more than PVA right now. The London group have been moving growing crowds with their brand of band led dance music. They took our call as we sought a thorough introduction into their world. Staying in the capital, Baxter Dury talks us through his progression from spoken word to delusionally urban and Hotel Lux take a break from writing dissertations to give us an insight into their upcoming debut EP.

Porridge Radio’s DIY slog has reaped the reward of a record deal with Secretly Canadian. As they prepare to release their second album, we touch base to talk about emotional landscapes and arguing to avoid boredom. Last year teased singles from some of 2020’s most exciting bands and we got in touch to add some detail. You’ll find chats with Rosie Alena, Disq and Legss, all of whom you should plan to see right away. In Manchester, The Goa Express are causing a stir. After years together in Burnley and Todmorden, the band are breaking out and we catch up to find out what we should expect and try to expose their stickiest situations. Bristol’s Scalping are looking to exploit the subculture grey areas. In a time where the most exciting artists are combining dance music with live performance, it was vital that we got in touch. In Halifax, The Orielles are preparing to release their second album ‘Disco Volador’ and we spoke to the whole band about frisbees, imaginary friends and space. In the first of our artist series, we talk influences, postcards and more with songwriter, illustrator and collage artist, Orlando Weeks.

Please Note: For card payments (via Stripe), Billing address must match with that on the card. If you wish to have your purchase delivered to an alternative address please leave within 'Delivery Notes'. 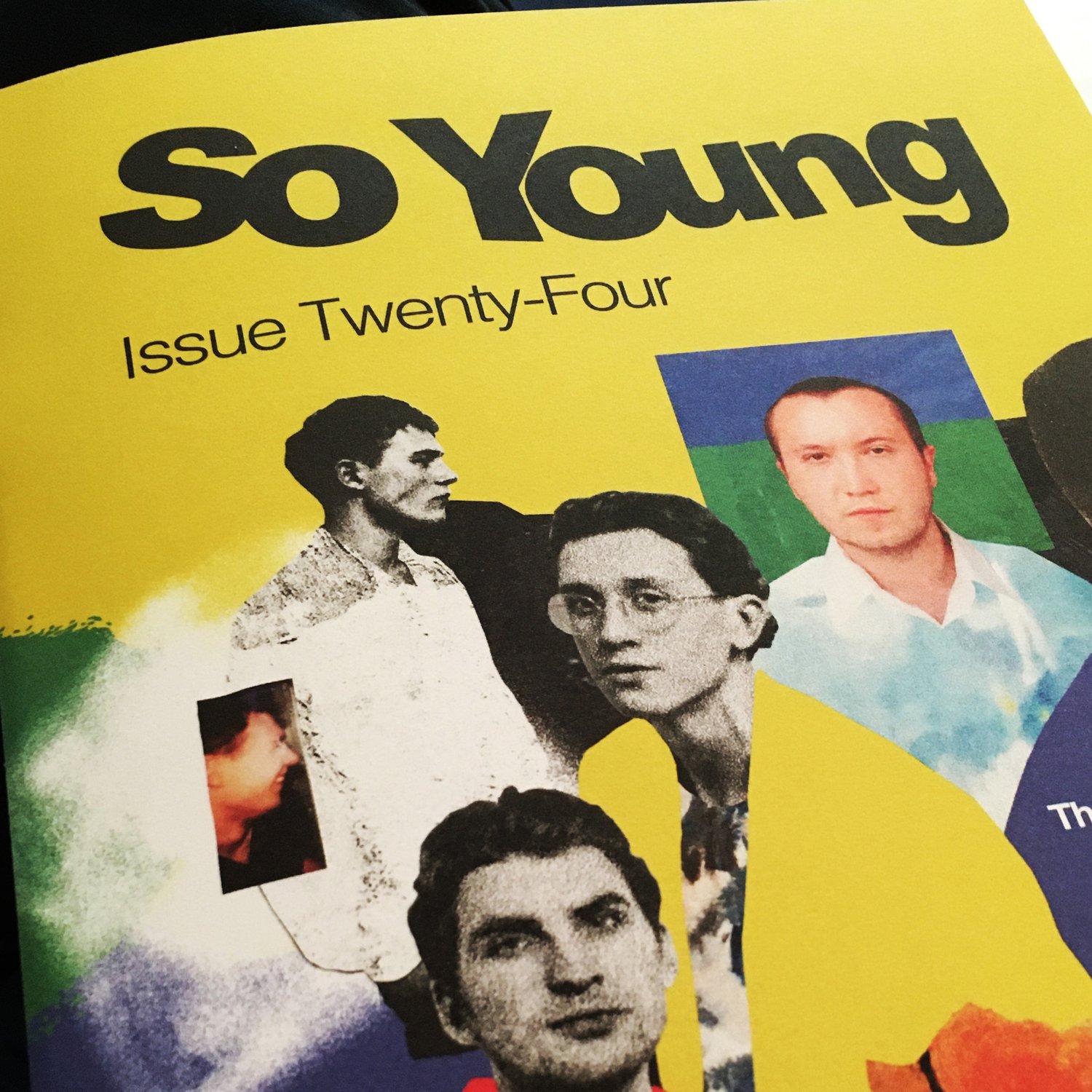 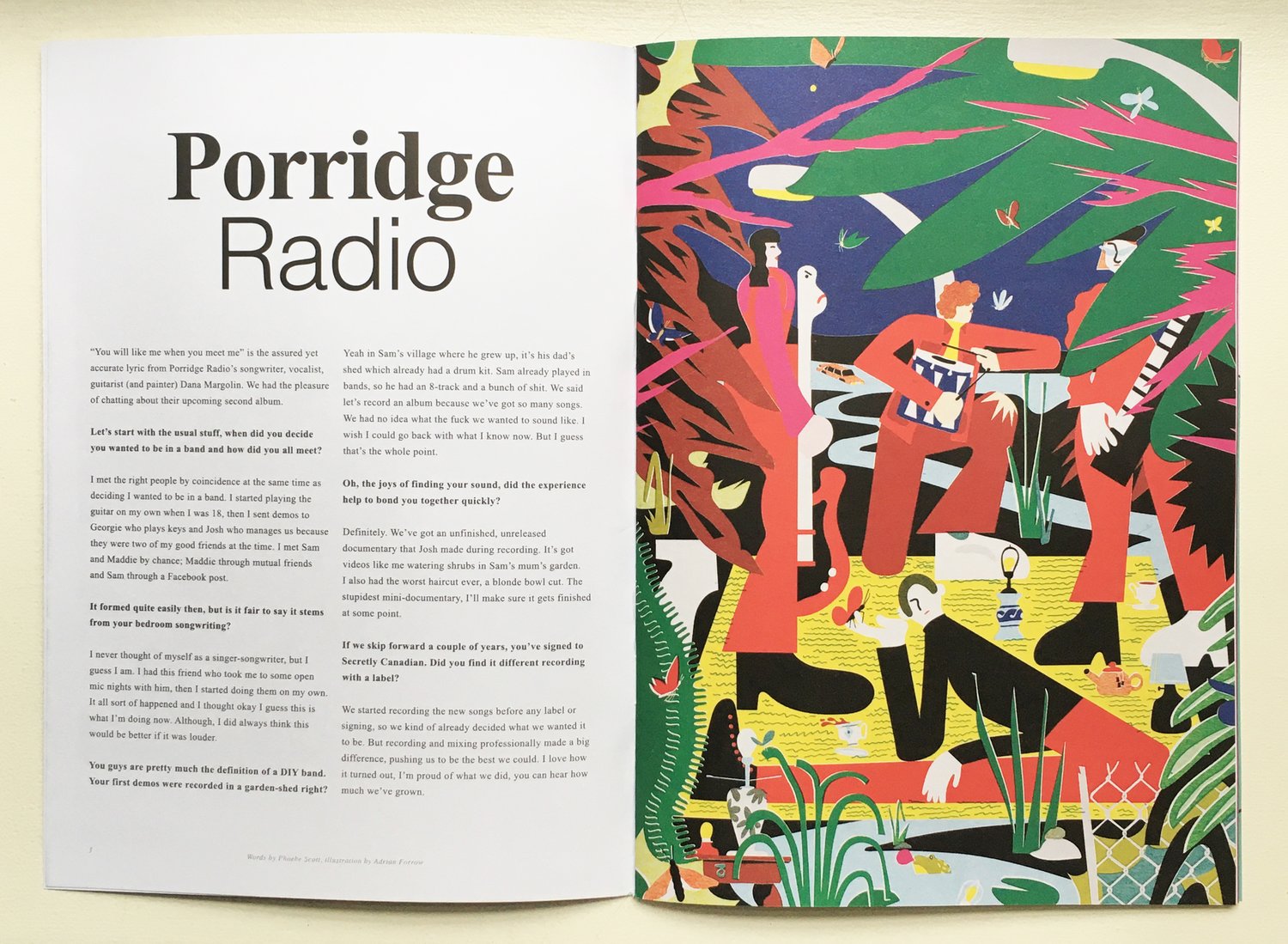 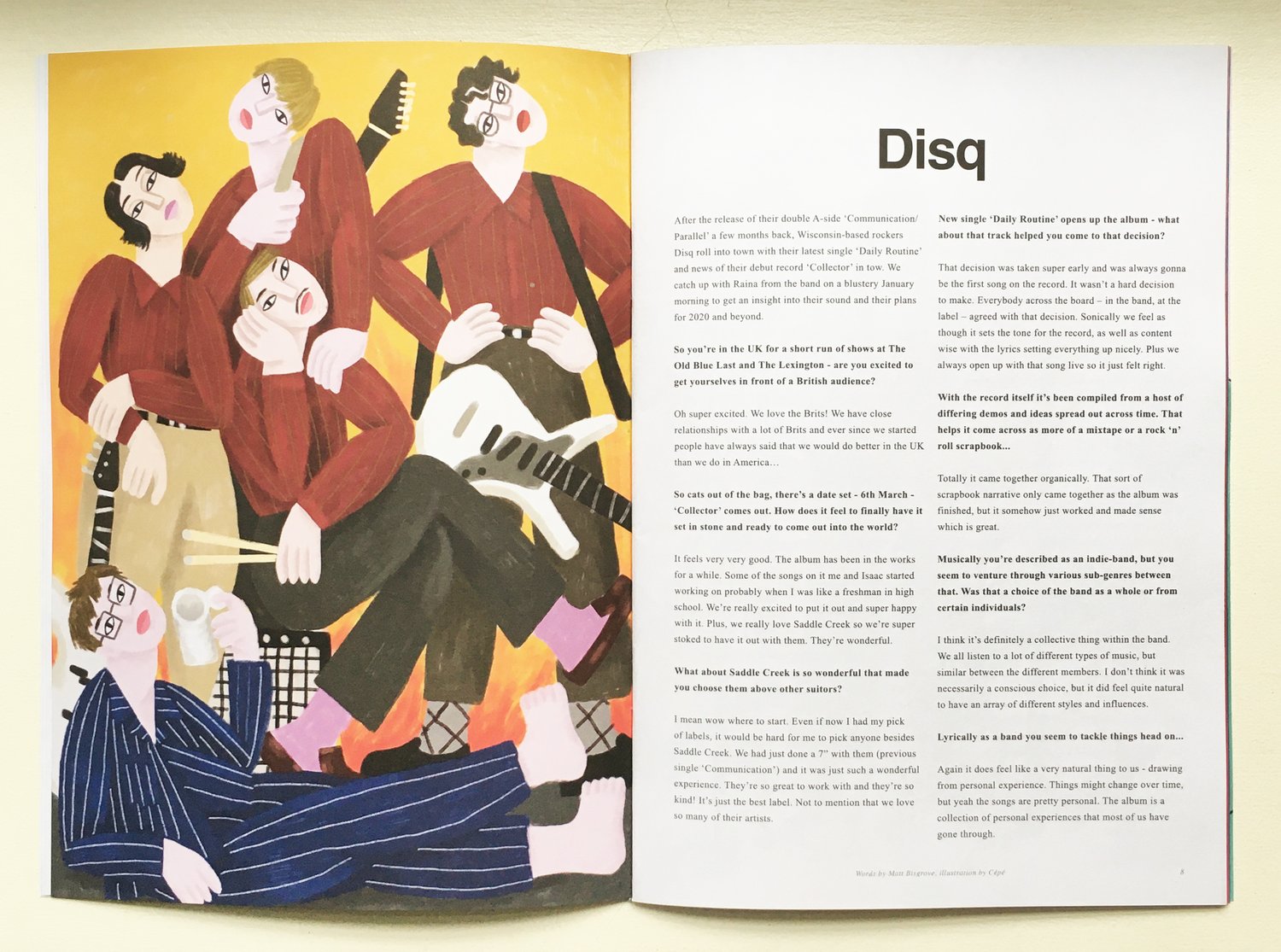 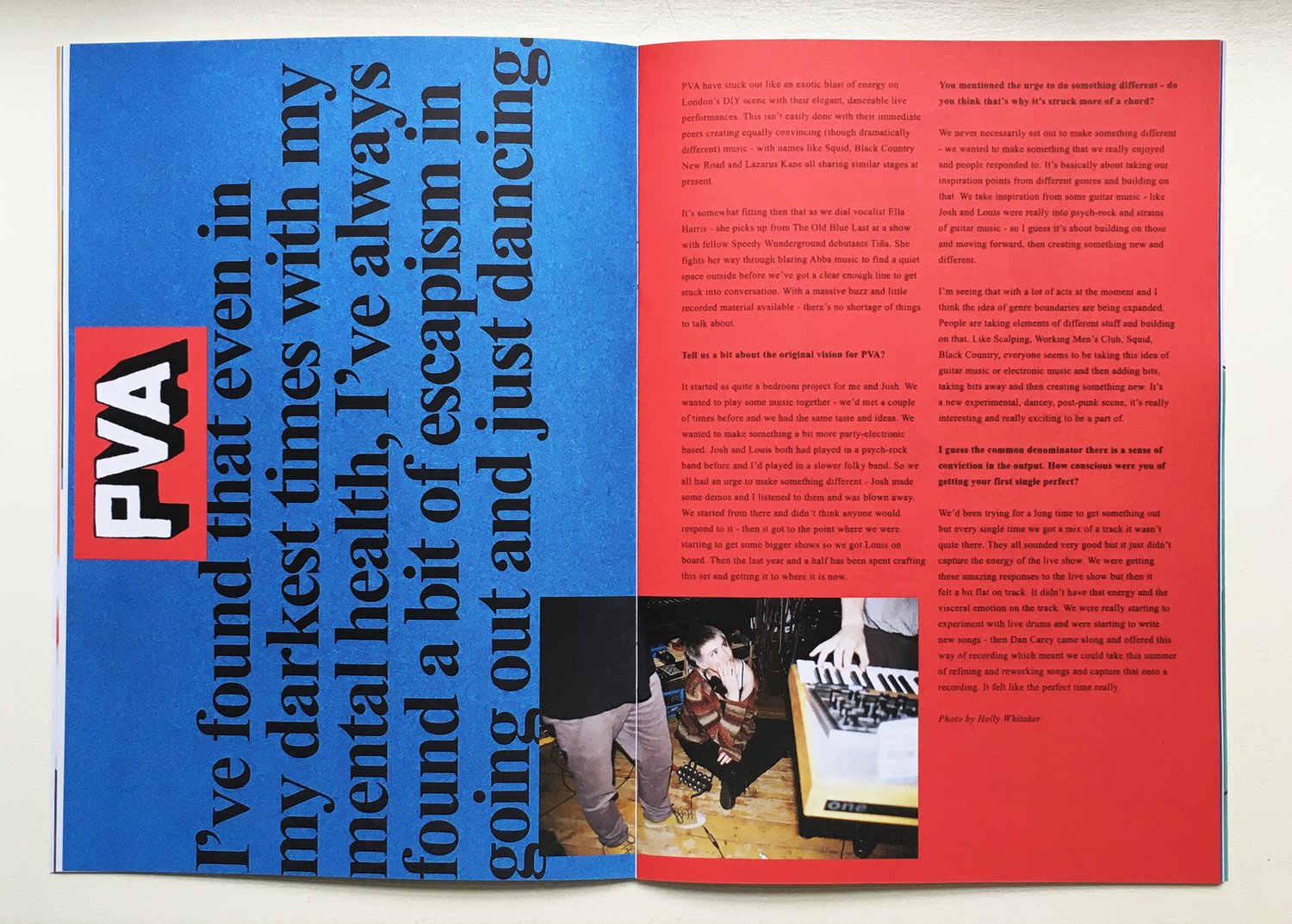