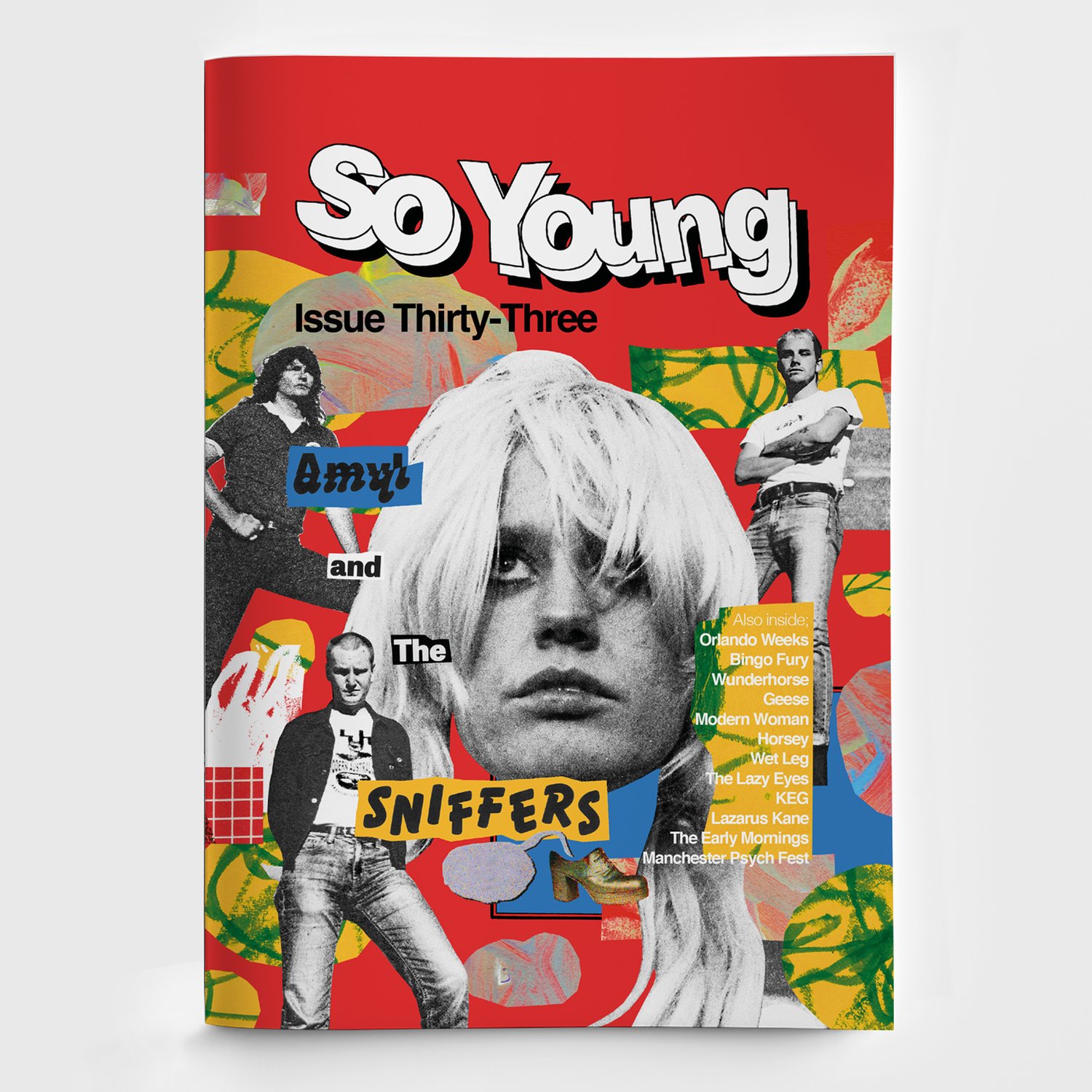 ‘Freedom Day’ has passed and whilst we’re not quite there yet, festivals are happening and standing shows are drawing in more confident crowds. It’s progress. Also taking steps forward are Amyl and The Sniffers. The Melbourne four piece are gearing up to release their second studio album via Rough Trade Records and they’re on the cover. Following a pre lockdown blow out, we caught up with the band to discuss comfort, changing upwards and shaking off the restrictions of ‘Punk’.

Orlando Weeks is also preparing for the release of his second album. Following the success of the delicate debut, ‘A Quickening’, Weeks is trimming the fat, and alongside producer, Bullion, developing songs that he can stand behind. We chat inside. In Bristol, Lazarus Kane have taken the last 18 months to reflect and adapt. Moving away from the character driven narrative of the past, the now fully formed band talk us through that development as well as their debut EP ‘Psychobabble’. Staying in Bristol, we speak to newcomer, Bingo Fury whose debut single ‘Big Rain’ grabbed our attention. We met up before a show to find out how it came together, the roles within the group and taking the pressure off.

Wet Leg are a band in demand. From signing to Domino, to releasing their oh-so-catchy debut single and then announcing tours with ‘BIG’ bands, the Isle of Wight duo are ‘buzzy’. As they settle into their new lives and become more comfortable with talking about themselves, we dig into the Mean Girls references, the effect of living on an island and making videos. Not too far away on the south coast are KEG. The anticipated release of debut single ‘Heyshaw’ marked the ideal time to have a chat. Prepare for pickled eggs and that ‘post-punk’ label.

London’s Modern Woman have signed to the new label from End of the Road Festival and whilst members speak to us from separate rooms in the same house (due to Covid-19), they’re very much together when it comes to vision. Via Zoom we catch up on spoken word, building instruments and intertwining folk with heavy music. Staying in the capital, we also check in on Horsey, who have just released their debut album and Wunderhorse, the new project from Jacob Slater. The Early Mornings wrap up our UK chats, and the Manchester group, now based in London, walk us through their sound and where they’d love to play their new EP.

Finishing off the mag, Sydney’s The Lazy Eyes outline their ethos and we send over some questions to Brooklyn where we find Partisan Records’ latest signing, Geese. They’ve been working with Dan Carey (of course) and we try to add some detail to the little known so far.