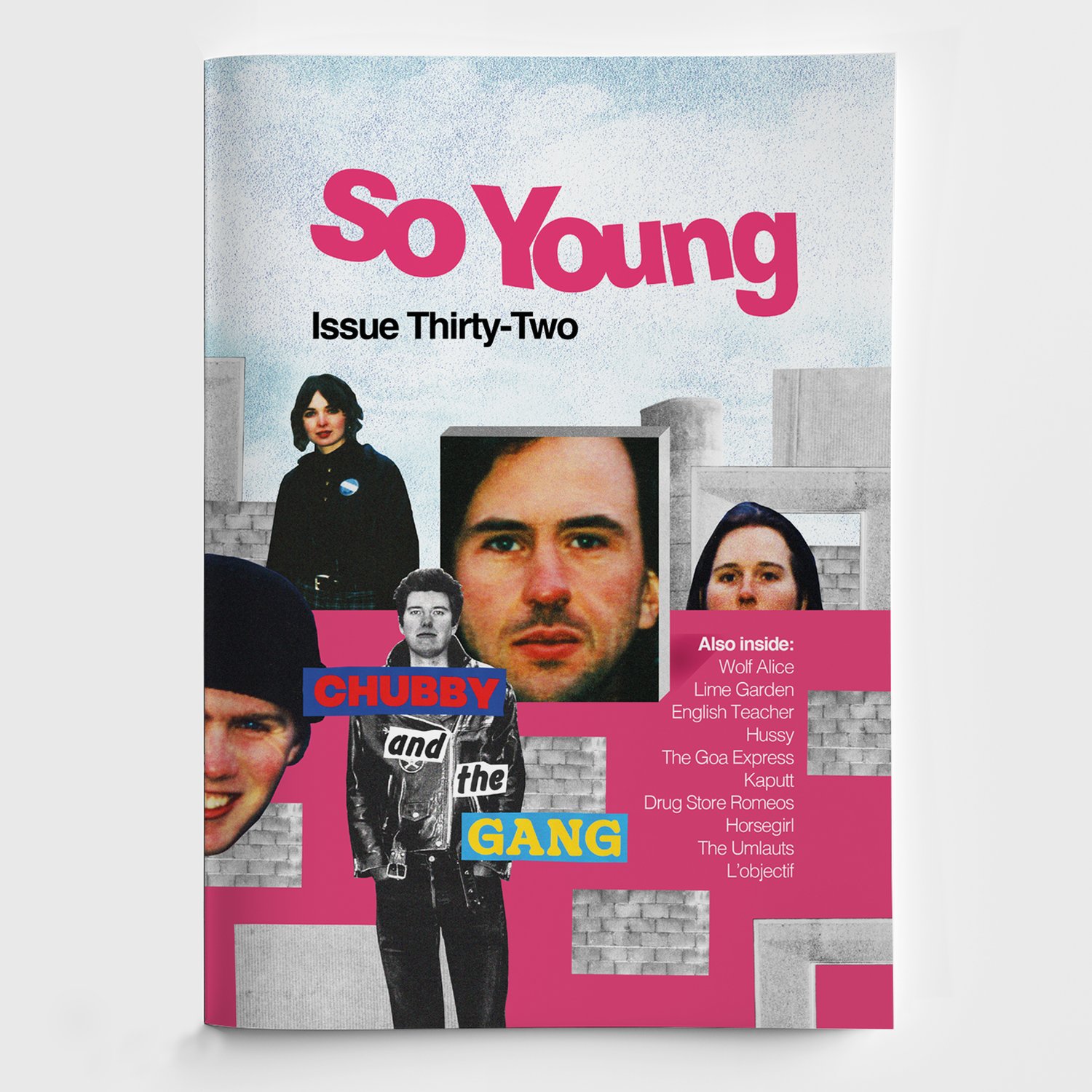 The world is opening up, we’ve had some sunshine and we are oh so close to the ‘real deal’ of a live spectacle. The cover of Issue Thirty-Two features Chubby and the Gang, a London band who have their sights set on every stage possible in the UK and beyond. A band born in the Hardcore scene and now bringing their take on punk to the forefront of the alternative world, we caught up with the band in a Camden pub to discuss their new album ‘The Mutt’s Nuts’.

One album further down the track are Wolf Alice. Four years on since the release of ‘Visions Of A Life’, the band have released their third album ‘Blue Weekend’ and we gave them a call to chat country walks, braver lyrics and looking forward to the return of audiences. Leaving London down the M3, somewhere in Fleet are Drug Store Romeos. The three piece have been honing their dreamscape sound on the London circuit for some time. With the help of Fiction Records, the band are about to release their debut album and we get deep with them on language and communal exploration. Responsible for some of the most exciting artists starting to surface are untitled (recs). Intrigued to know more about their process and what they aim to achieve, we got in touch.

In London via the North East is Hussy. Following a few teasing moments of brilliance in 2018, the multi instrumentalist is gearing up to release her debut EP.

Keen to know more about the transition from engineer to artists, we sent over some Q’s. On the south coast, Brighton’s Lime Garden have just released their new single ‘Sick & Tired’. Keen to ask about their rise through lockdown, we gave them a Zoom call to discuss just that. Heading north to Leeds, we find newbies, English Teacher. Named in part due to a family history of educators, we get to know them a little better. Staying in Yorkshire, L’objectif are another new name on the scene. Barely old enough to taste the city’s hot spots, we chat about what they plan to do now that the school shackles are off and how they find the balance between jazz and post punk. Switching roses and heading to Lancashire, Manchester specifically, The Goa Express have released one of the songs of the year in ‘Second Time’. We fire over some questions to dig the details on their work with Ride’s Mark Gardener plus how shared experiences are key to their sound.

In Glasgow, art punks, Kaputt, have recently shared new single ‘Movement Now’, a track that confirms their status as something to be very excited about. Being inspired by Downtown Boys and the importance of The Old Hairdressers were on the agenda of our call. To finish we head to the states, and in Chicago we find Horsegirl. Recently signed to their dream label Matador, we squeeze them for details on what’s to come and the programmes that helped them come to be. From degree show to being our first So Young Records collaborator, we also get to know illustrator and animator, Daisy Link.