Issue Thirty-Four comes as we wave goodbye to summer and to a unique period where we’ve celebrated the return of festivals and cautiously made our way back into live rooms once again. Touring is back on the agenda, but it won’t be until June 2022 that we see our cover band, Parquet Courts on UK soil. The NYC four piece have returned 10 years into the project and with their sixth studio album on the horizon. We caught up with A. Savage and Austin Brown to discuss the influence of ‘Screamadelica’, the NYC hustle and the importance of the party. London crooner, Matt Maltese has just released ‘Good Morning It’s Now Tomorrow’, his third record and his first since turning the head of new fan, Doja Cat. It feels impossible not to mention that. Anyway, via Zoom, we spent a morning digging into the ordinary inspirations behind the new album and how it was written. Just starting out in the city are Island of Love, who beyond a demo which wasn’t meant to be heard, a show at Jack White’s glossy Third Man store and a Black Metal inspired seaside video, haven’t had much to show at all. Their latest single ‘Songs of Love’ got us excited so we reached out and found out all that there is to know just now.

Manchester’s alternative sounds are thriving once again. New acts Mandy, Indiana and Mewn and two contrasting, yet great examples of why we should be excited for the eclectic noise of the city. We got in touch as they both prepare to release their debut EP’s. Nearby, Liverpool’s Strawberry Guy is gearing up for the release of his debut album.

The former Orielles man gave us an insight into his songwriting and discussed how the pandemic highlighted his reliance on others. Back in the capital, Honeyglaze have been gracing many a stage following the release of debut single ‘Burglar’ via Speedy Wunderground. As well as a signature Haiku, the three-piece gave us the lowdown on working with Dan Carey, rehearsing in the dark and writing songs in their dreams. Rosie Alena has been relatively quiet since we first spoke in early 2020, although it’s now apparent that she’s been setting up the right team to release her debut EP. Recorded with Oli Barton-Wood, ‘Pixelated Images’ spans Rosie’s songwriting career to date and we gave her a call to find out what we can be excited for.

Tying up this issue are Broadside Hacks and Gustaf. Broadside Hacks are London’s exciting new folk collective whose ambition to pass on the English Folk songbook has invigorated the genre. With members nestled within the angsty underground scene, debut album ‘Songs WIthout Authors Vol.1’ has proven a popular escape for the artists and a route into a new world for the followers of an altogether different experience. We jotted down some Qs and sent them over to collaborators, Campbell Baum, Naima Bock and Thyrsis to find out how it all came to be and the process of the group. Brooklyn’s Gustaf are well versed in the world of alternative bands, sharing members across many of the city’s underground success stories, but this one feels different. Gustaf took our call and showed that beyond anything else, they’re just a group making music and having fun. 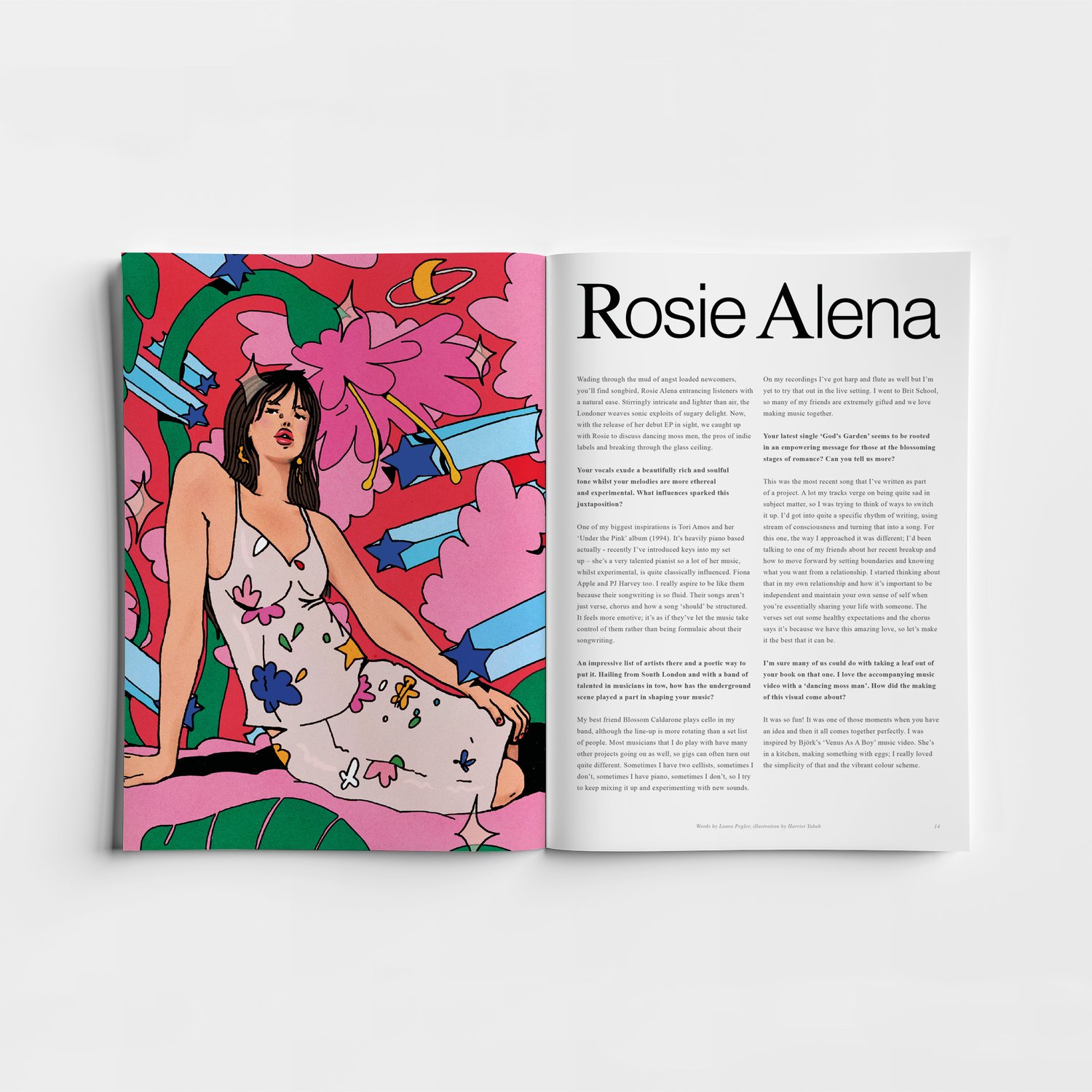 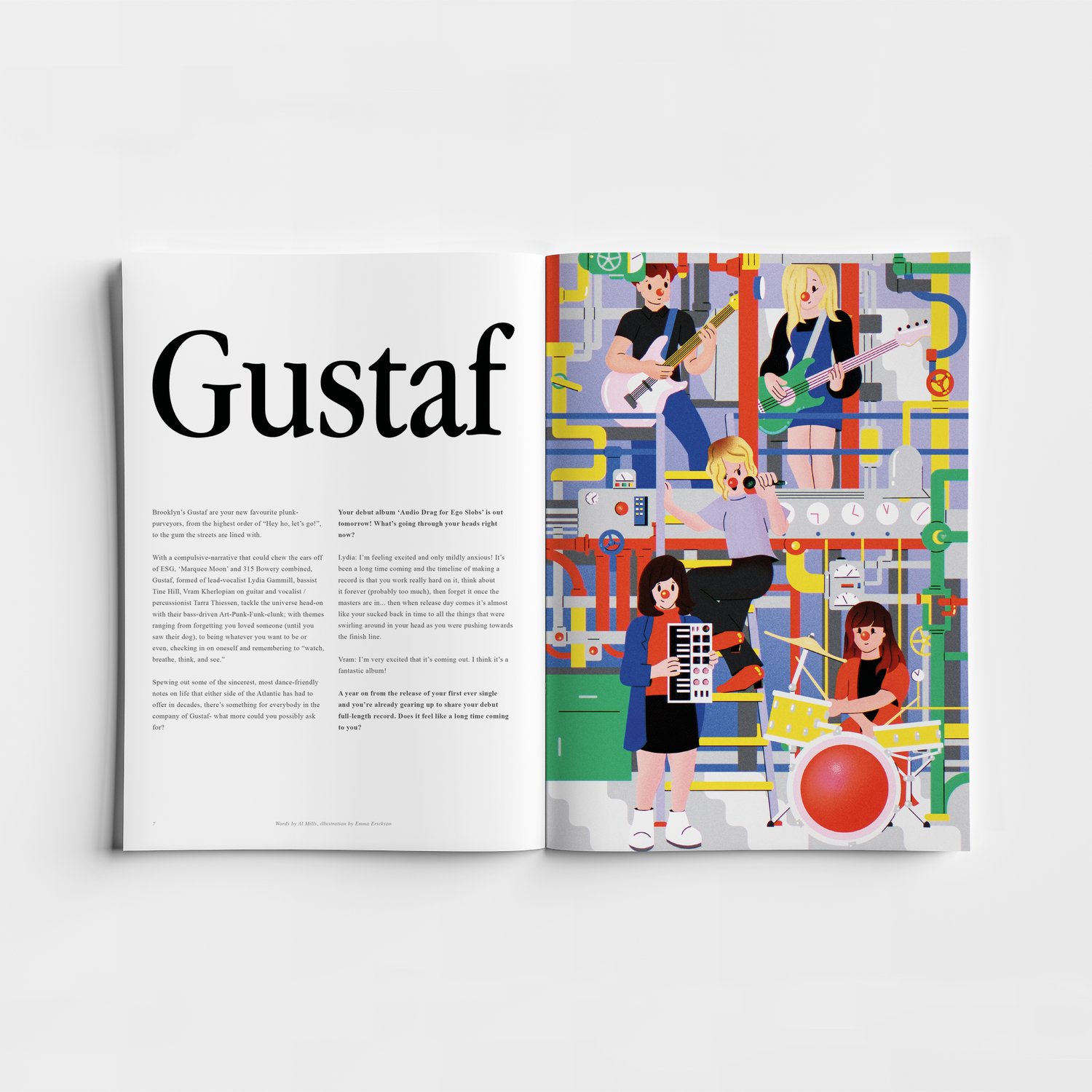