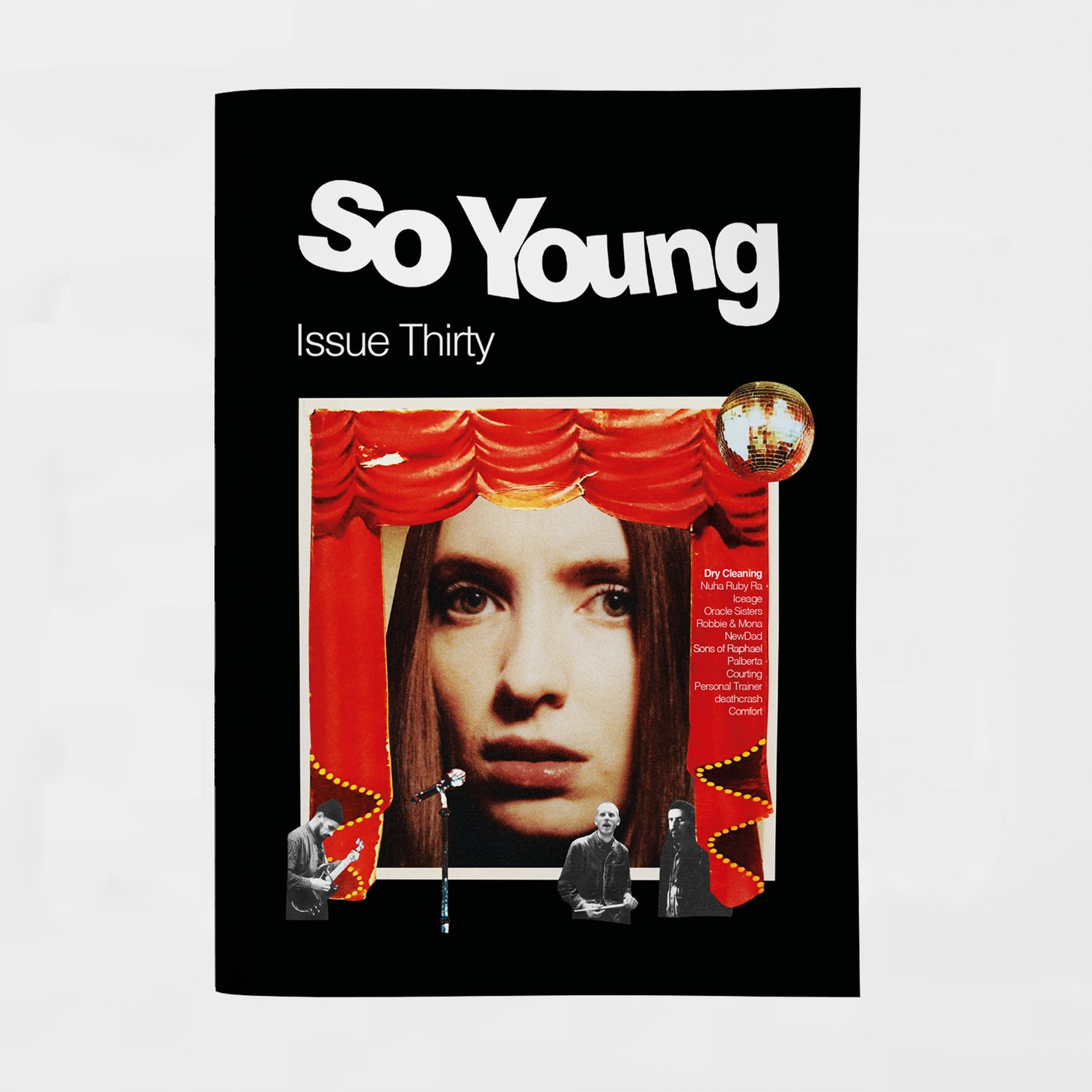 We are excited to begin 2021 with our thirtieth issue and a magazine that is full of exciting prospects for the year ahead.

One band who are ready to seize the new year is Dry Cleaning and they’re on the cover. As the band prepares to release their debut album ‘New Long Leg’ via 4AD, we catch up with them and discuss how they’ve filled the pandemic silence with gear and volume. Denmark’s Iceage are another band ready to unleash an album this year. With a move to label, Mexican Summer, complete, we speak with frontman, Elias Bender Rønnenfelt about the new album, religion and focusing on what’s next.

In London, deathcrash have had a busy twelve months. Touring their brand of post-rock with Black Country, New Road and releasing a string of singles, the band have emerged as a post pandemic must see. We give the band a zoom call to chat about the London guitar scene and switching the focus from social media to just releasing music. A similar stance is shared by Glasgow sibling outfit, Comfort. Excited by their take on politically charged, industrial art-punk, we sent over some questions to find out about their charity work, their relationship with Slow Dance and shouting “SCUM” at Tories.

In Galway, Ireland, NewDad have been turning heads and slowly taking over the radio. We zoom the four piece and discover their beginnings, art direction and where they can’t wait to play next. From a warehouse in East London, Nuha Ruby Ra talks us through her upcoming debut EP, ‘How To Move’ as well as her artist residency in Margate. One album that has already seen the light of day is Robbie & Mona’s ‘EW’. The Bristol duo spare a few minutes with us to chat David Lynch, building atmospheres and creative spaces.

Photographer, Will Reid is fast becoming the go-to for a lot of exciting new bands that are emerging, creating really stand out pieces to accompany their releases. We got to know more about his process and career so far. You’ll not find a more interesting journey than that of Oracle Sisters. The band’s roots span far and their adventures wider. We catch them between ‘Paris I’ and ‘Paris II’ to reflect on singing Irish songs with Fontaines D.C. and sounding like ‘being in love’.

Rounding off the issue, we speak to Liverpool’s Courting and Amsterdam’s Personal Trainer about their imminent debut EP’s, brothers, Sons of Raphael who are gearing up to release their debut LP and head to New York where Palberta have released their fifth album ‘Palberta5000’. 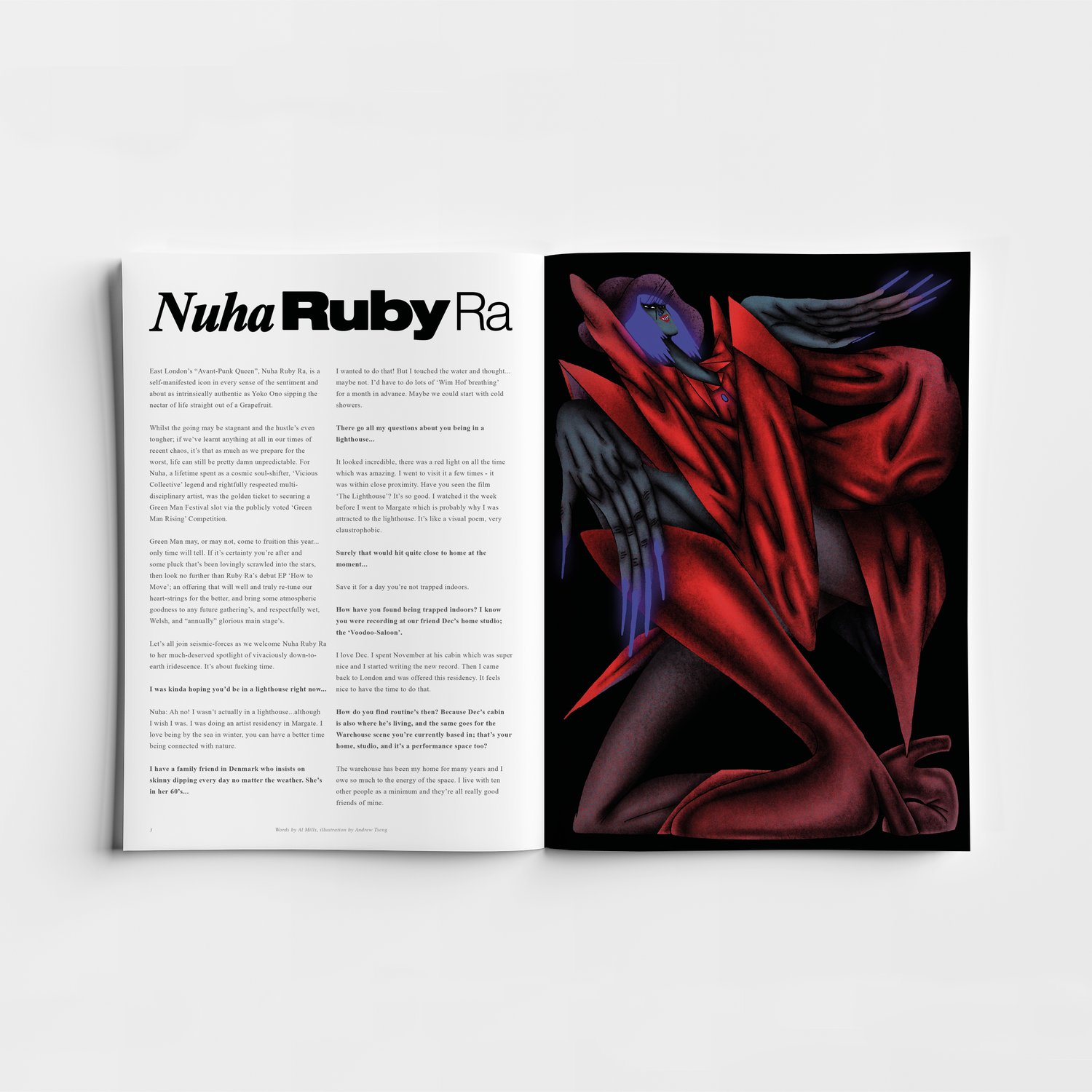 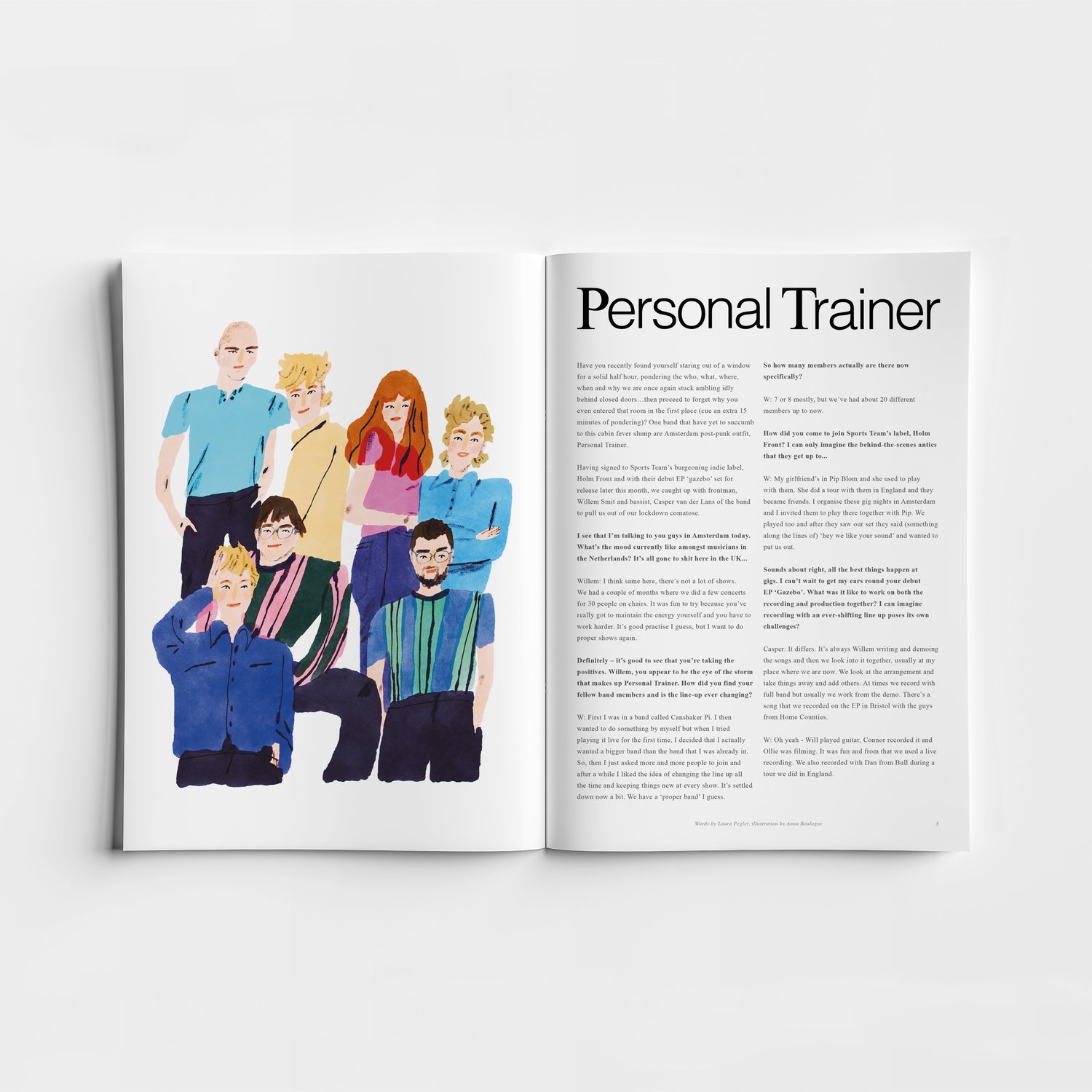